Cause of the N3 Bedfordview Bridge Collapse

Cause of the N3 Bedfordview Bridge Collapse 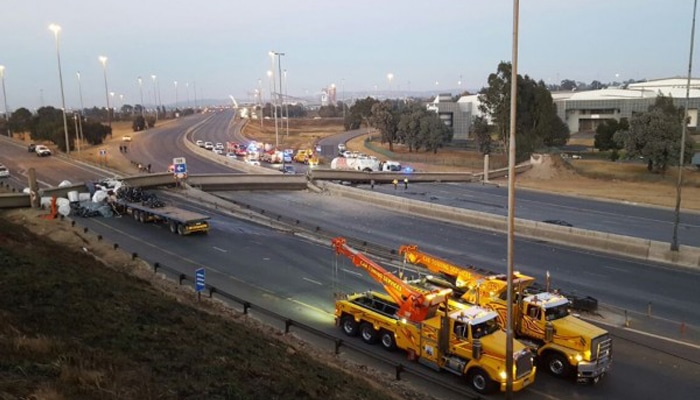 You’ve probably already heard about the N3 bridge collapse that happened in Bedfordview on the 9th of August, but have you considered why?

While it still may be unclear as to what caused the N3 bridge collapse, there has been some speculation about vandalism, illegal mining activity or natural causes. Built in 1978, the bridge was decommissioned several years ago, which has left many questioning the cause of the collapse. According to Dr Eldridge Kgaswane from the Council for Geoscience, the tremor that occurred that fateful morning and has been rumoured to be the reason for the cave in was below 2 on the Richter scale, deeming it impossible. “It would take tremors of over 6 or more to have caused the bridge to collapse”, he said. He then went on to explain that the bridge was actually on Central Rand where a lot of mining activity used to take place. “Water fills these cavities over the years and we sometimes have fluid-induced water movements which cause the tremors.”

He also said that there could be a possibility that the collapse is actually what caused the tremors. Sanral has stated that their inspection on the bridge in 2016 showed that there was nothing that warranted action. However, a local ward councillor, Gill Humphreys, appears to disagree, saying that because the bridge was out of use for so long it had been stripped of bolts, nuts and steel reinforcing. “We are questioning why Sanral did nothing to ensure the safety of the bridge, as this almost certainly caused the collapse.” It may take some time to determine what the actual cause of the collapse was, but one thing is for sure: when it comes to construction, safety is nothing short of imperative.

If you’re looking for the finest safety solutions in construction, contact Safesol today.